Give a Cluck with Heifer International

Gifts that Keep on Giving

As we get closer to the holiday season, many of us will face the stress of finding the right gifts for loved ones. During an unprecedented year, it may be time to think outside the box.

What if you could delight your loved one with the gift of a flock of chicks in her name that becomes the backbone of a family’s livelihood? It’s hard to imagine that a few hundred dollars of income a year is enough to support a family’s basic needs, but it is in many parts of the world, which is why one gift can transform lives.

Heifer International, a leading US charitable organization and ziggie impact partner, believes that agriculture is the key to ending poverty and hunger globally. Their “teach a man to fish” philosophy has proven results. With a donation of just $20, made through your ziggie Impact Account, Heifer funds a new chicken business for a budding entrepreneur and her family. This seed investment in livestock is the beginning of a partnership meant to lift women, their families, and their communities out of poverty into a sustainable livelihood.

This simple model’s impacts are profound, leading to greater gender equality, more stable communities, healthier children, and more sustainable farming practices among the thousands of small-scale farmers in the world who Heifer and their members have supported.

In 1944, Dan West began outlining a simple but groundbreaking plan to tackle hunger around the world. West, a farmer from the Midwest and Church of the Brethren member, had recently returned from feeding weary refugees during volunteer service in the Spanish Civil War.

West had seen firsthand that giving people food was a short-term solution, whereas providing them with animals offered a steady supply of nutritious food for an entire family; “not a cup, but a cow” became his mantra. His philosophy still inspires Heifer’s work today. Partnering with farmers across a range of different livestock and crops, based on research on local ecosystems, Heifer focuses on unique, tactical solutions that meet real challenges in the 21 countries that they serve.

Heifer distinguishes itself further by having a long-term approach to aid, providing mentorship to farmers beyond the initial investment in livestock and training as they grow their businesses. This includes helping farmers gain access to supply chains and markets that improve production and ensure fair trade and living incomes. Heifer also sets a goal of 9x the impact for every farmer included in livestock programs, facilitating the transfer of the first female offspring of livestock provided by Heifer to others in the community.

Below is an excerpt from Heifer’s online blog from March 30, 2020, about an extraordinary female entrepreneur and program participant.

From Vulnerability to Sustainability

Raised in the rural Cambodian province of Takeo by a single mom, Hoy Lin dropped out of school after 8th grade to help support her two brothers by working in one of the countless rice fields in the waterlogged southern edge of the country. Married young, Hoy Lin continued working in the rice fields of Thmey village and had two daughters. All the while, her body grew weaker from stress, exhaustion, and malnutrition.

“In the past, I didn’t have the motivation to run a business because I didn’t have the energy,” Hoy Lin said through a translator. “I didn’t pay much attention to my health.” Anemic and weighing less than 100 pounds, Hoy Lin tended the rice and ran her tiny roadside shop in a fog of fatigue and malaise.

“From vulnerability to sustainability” is the mantra for Heifer Cambodia. That goal steers the work that spreads over 15 of the country’s 25 provinces, helping Hoy Lin and others build living incomes and sustainable lives. Heifer International partners with farmers in 63 of the country’s 880 agricultural cooperatives, providing livestock and guidance and encouragement to ditch the habits and antiquated thinking that impede progress. “Women are getting more decision-making power,” said Sar Sanphirom, a program manager at Heifer’s office in the capital city, Phnom Penh.

Some of Heifer’s project participants in Cambodia focus on growing vegetables. Others raise and process eggs, chickens, and ducks, then sell them locally or send them on to the capital city of Phnom Penh, where a farm-to-table restaurant and greengrocer offers up healthy food fresh from the countryside to the city’s millions of residents.

In 2016, Hoy Lin learned about Heifer and joined forces with a group of farmers to start a Heifer-supported co-op for eggs, chickens, and ducks. An eager student, Hoy Lin signed up for every training session offered by Heifer and decided to borrow money to improve her home, making it the collection and processing center for what has grown to be a 129-member co-op.

Over the past couple of years, Hoy Lin folded profits into further investments, buying up a swath of road front property and setting up a shop there where fellow farmers can buy fertilizer, feed, and other supplies from her. Her two daughters, Yorn Baramey, 20, and Yorn Socheata, 16, help out when they’re not in school.

Socheata marvels at the progress her mother made in the last few years. “I’m surprised, and I’m also very happy for her,” she said. “My mother seems very active, different from a lot of mothers,” Baramey said. “She works harder,” Baramey admits she feels pressure to be as successful as her mother but also relieved to see that it’s possible to thrive without depending on anyone else.

Hoy Lin’s inspiring story highlights Heifer’s ultimate mission of empowerment, allowing communities to thrive. Heifer’s success over the past 75 years and its commitment to innovation in social capital space are why we chose them to be one of ziggie’s premier social impact partners. And we make it easy for our customers to donate a portion of the sales on our site to Heifer through their Impact Account.

Consumer spending accounts for 70% of the American economy. Imagine what would happen if 5% of our $20 trillion annual gross domestic product was contributed to social and environmental causes. The opportunity to purchase an item that matters or something that is life-affirming to give to others is, in a real sense, groundbreaking.

Now that you know how to transform someone’s life with a $20 donation, we hope you have even more fun shopping and giving through ziggie. Do you want to lose weight, but aren’t sure the best way to is? If so this video is perfect for you…Must Watch😁 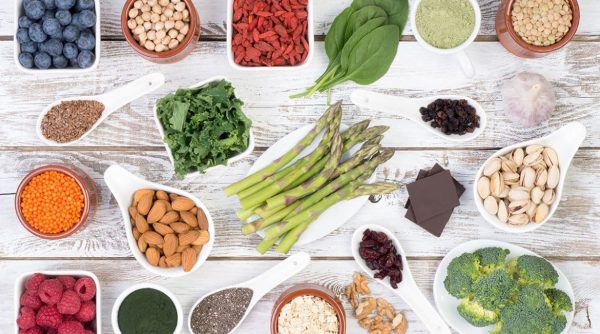