13 Food Superstitions In Other Cultures 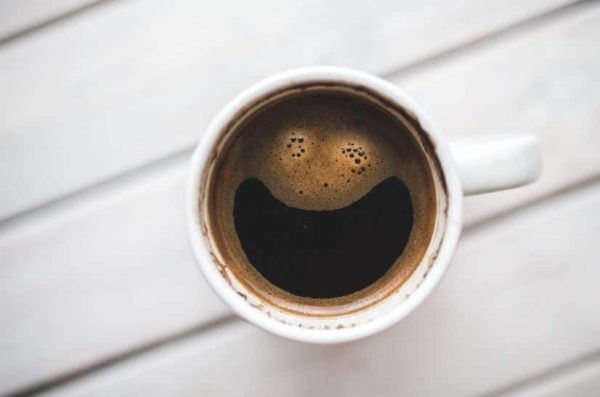 Many cultures have different types of superstitions that have been established years ago, or they may even go back many centuries! It’s not surprising that many of them have to do with food, given that food is such as important part of our lives. From specific foods bringing you good luck to avoiding others and eating them in a particular way (without the chopsticks being upright), there are so many food superstitions in different cultures that will shock you! Here are the most unique and interesting food superstitions across different cultures.

The Spaniards have an interesting new year’s tradition when it comes to food. At midnight instead of drinking champagne, you’ll find them stuffing 12 grapes into their mouths! They believe that the grapes represent the months of the year, so eating 12 of them will bring them a whole year of good luck!

In Vietnamese culture, you have to serve at least two bowls of rice at the table. Serving one is considered for the dead, and it’s not a done thing in this culture.

Russians do not waste bread! They believe that if you waste bread when you die, all the bread you wasted will be weighed, and that will be the basis on which you enter/do not enter heaven. So the next time you think of wasting bread, this might be something you want to think about.

For the Chinese, long noodles symbolize a long life. That is why in this culture, you must not cut noodles because it’s symbolic of cutting your life short. By eating them long, you guarantee yourself a long life. The Chinese slurp their long noodles; this is considered to be the respectful way of eating them.

Another interesting food superstition that the Chinese have is that it is tradition to serve an entire fish. This means the whole fish with its eyes, etc. This is because the Chinese word for fish is yu, which has a similar sound to the word that means abundance. Hence, it’s considered that eating the whole fish will make your wishes come true.

Do not eat rice from the bottom of the pot/dish! The Pilipinos strictly believe that if you eat hardened rice from the bottom of the pot where the rice was cooked, you will likely lose in everything. You will be the last one whether it’s in class, at work, in a race, or just in life. Eating the last bit will cause you to be last, so you might want to avoid that next time.

The Turkish believe that chewing gum at night causes it to turn into the flesh of the dead. No one knows how this superstition came into being, but it is taken quite seriously, and people are strongly advised not to chew gum after dark in Turkey. Most people would not take the risk themselves, given the dire consequences!

This one is for all the green tea drinkers! If you find a tea stalk floating upright in your tea, that’s a sign of good luck!

Another Japanese food tradition is related to chopsticks. Your chopsticks should never be put upright in a bowl. This is not the correct form; putting them in this manner is like mourning dead family members. The right way of using them is by laying them across the bowl instead.

Similar to the Spanish tradition, the Koreans also believe that eating 12 fruits in new years will bring about prosperity throughout the year. However, theirs doesn’t involve grapes. It’s any 12 round fruits that need to be eaten on New Year’s Day as they are believed to symbolize abundance and fertility.

The Koreans also have another food superstition when it comes to eggs. They believe that if you find and break open an egg with two yolks, that’s a sign that you are about to become wealthy!

The Indians believe that eating yogurt with sugar before going on to do something important such as going for an exam or starting a new business, will bring you good luck! Sounds simple and too good to be true, but you’ll have to try it for yourself to find out how much truth it holds.

According to Greek superstition, if you are drinking your coffee and the bubbles start coming your way, it’s a sign that you are about to become very wealthy. You may want to keep a lookout for this the next time you’re sipping your coffee!

Mexican legends say that if you drop a tortilla, your dead in-laws are about to pay you an unexpected visit. It sounds a bit spooky if you ask us!

For the Germans, toasting with a glass of water is considered to bring bad luck or, even worse, death! It’s interesting to note that this tradition may be rooted in ancient Greece.

Eggs and oranges are two foods/fruits that are of immense importance in Thai culture. They are believed to bring happiness into one’s life. Therefore, you should make sure that your kitchen is always stocked with them.

Another interesting Thai superstition for food is that the person who finishes the last piece of food is considered lucky. This is a stark contrast to the Pilipino superstition.

It doesn’t just stop there; there’s more! According to legend, if you hit another person’s hand by mistake as you both reach out for food, it signifies that a visitor will show up at your doorstep soon. We aren’t sure what they mean by ‘visitor’ but expect a guest at your house soon!

Each of these 13 food superstitions across cultures is unique and intriguing! You never know which ones could be true, so you might want to consider them all for the future.

How To Make Breakfast Healthier

Breakfast is the most important meal of the day. It’s a great way to fuel your body and get it going before you head out…

Tips For Getting Rid Of Hanging Loose Skin

If you have lost a lot of weight or been pregnant, you may have loose skin hanging around. Not only can it be unsightly, but…

Read More »Tips For Getting Rid Of Hanging Loose Skin

How To Increase Metabolism Without Dieting

People tend to give rise to multiple health conditions due to poor metabolism in the body. Some people blame their genetics and don’t take appropriate…

Read More »How To Increase Metabolism Without Dieting