The Benefits Of Giving Up Meat

There are many benefits to giving up meat. Some people choose to go vegetarian or vegan for health reasons, while others do it for environmental or ethical reasons. Whatever your reason, there are plenty of good reasons to give up meat! This article will discuss some of the benefits of going meat-free.

As the world becomes more health-conscious, more people choose to reduce or eliminate meat from their diets. Fortunately, there are now many delicious and nutritious alternatives to meat available. For example, tofu is a popular choice for those looking for a source of protein that is low in fat and calories. Tempeh, another soy-based product, is also a good option as it is high in fiber and vitamins.

For those who prefer a more traditional option, beans and legumes are a great way to add protein, fiber, and other nutrients to your diet. When cooked properly, they can be just as satisfying as meat. Finally, there are also many processed meats made from plants that can mimic the taste and texture of real meat. With so many choices available, it has never been easier to find delicious and healthy substitutes for meat.

Top Benefits Of Giving Up Meat

Giving up meat has many benefits for your health and the environment. Here are some of the top reasons to go meat-free:

For many people, giving up meat is a daunting task. It can be hard to let go of favorite dishes and beloved meals. However, there are many good reasons to consider going meatless. One of the most significant benefits is reduced inflammation. Inflammation is a natural process that helps the body heal from injury and fight infection. However, chronic inflammation can lead to various problems, including heart disease, arthritis, and diabetes. Studies have shown that a plant-based diet can help to reduce inflammation throughout the body.

In addition, plant-based foods are generally lower in saturated fat and fiber, which can help reduce inflammation levels. For these reasons, choosing to ditch meat may help you to enjoy better overall health.

For years, doctors and dietitians have been urging people to limit their meat intake, particularly red and processed meats, to improve their cholesterol levels. And for a good reason – studies have shown that a diet high in saturated fat can raise LDL (bad) cholesterol levels, leading to heart disease. However, recent research has also shown that giving up meat can significantly impact cholesterol levels.

While there are many reasons to consider giving up meat, the reduced risk of type 2 diabetes is just one of the many potential benefits. The EAT-Lancet Commission on Food, Planet, and Health also recently released a report highlighting the benefits of a plant-based diet for both human health and the planet. The report states that a shift towards plant-based diets could prevent up to 11 million premature deaths globally by 2050.

Most people know that eating meat is not the healthiest choice for their bodies. Meat is high in saturated fat, which can lead to heart disease, and it also contains cholesterol, which can clog arteries. The intestinal lining is composed of trillions of bacteria, which play a vital role in digestion and immunity. In addition, meat often has hormones and antibiotics, which can have harmful side effects. However, many people are unaware of meat’s impact on gut health.

When meat is digested, it releases toxins that damage the bacteria in the gut, which can lead to inflammation, bloating, and other digestive problems. In addition, the overuse of antibiotics in meat production can lead to antibiotic-resistant bacteria, which can be challenging to treat. For these reasons, giving up meat can significantly impact gut health.

Most people don’t realize the toll meat consumption takes on their bodies. For one, the digestion process is much more difficult for meat than it is for plants, which strains the digestive system and can lead to fatigue. In addition, meat is a major source of toxins in the body. These toxins can build up over time and lead to various health problems, including exhaustion and lethargy.

When you give up meat, your body can reduce the amount of toxins exposed to, leading to increased energy levels. In addition, since plants are easier to digest, your body will have more energy available to perform other functions. As a result, you’re likely to feel more energized and alert when you ditch meat from your diet.

May Help Protect Against Some Types Of Cancer

A growing body of evidence suggests that there are health benefits to be gained from giving up meat. While the jury is still out on exactly how much meat is safe to eat, it seems clear that there are risks associated with consuming large amounts of animal protein. One of the most well-established benefits of a vegetarian diet is its protective effect against colon cancer.

Studies have shown that vegetarians are 40% less likely to develop this type of cancer than those who eat meat. There are several explanations for this link, including that vegetarian diets tend to be high in fiber and low in fat, both of which can help reduce the risk of colon cancer. In addition, vegetarian diets typically contain fewer carcinogens than diets that include meat. These findings add to the mounting evidence that a plant-based diet may help protect against some types of cancer.

These Are The Benefits Of Giving Up Meat

In summary, there are many potential benefits to giving up meat. These include reduced inflammation, better gut health, increased energy levels, and a lower risk of some types of cancer. If you’re considering switching to a vegetarian or vegan diet, these benefits may be just what you’re looking for. Give them some thought and see if they’re right for you.

Probiotics are live microorganisms that are similar to the beneficial bacteria that are in the human gut. They are often “good” or “friendly” bacteria because… 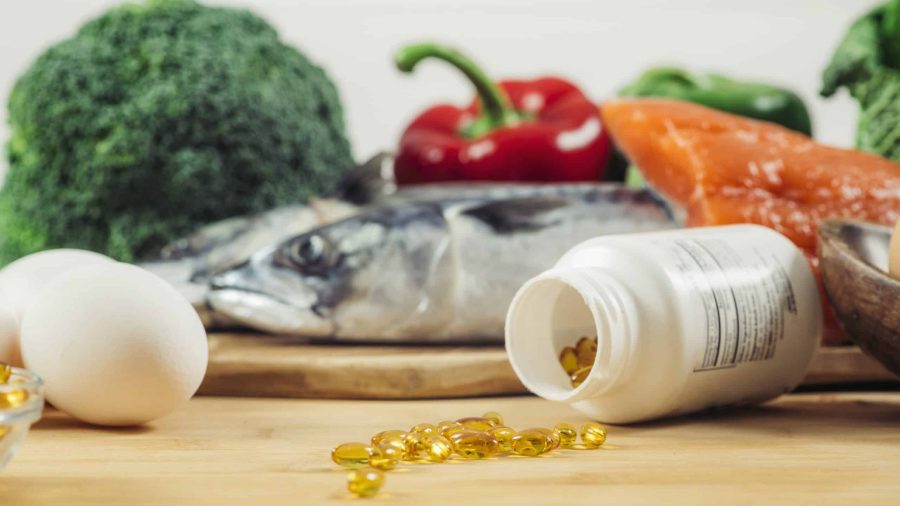 Why Vitamin D Is So Important

Did you know that vitamin D is one of the essential vitamins for your body? It involves many processes, including cell growth, bone health, and…

Read More »Why Vitamin D Is So Important

How Health Conscious Are You?

How health-conscious are you? Are you always looking for ways to improve your health and well-being, or do you only make small changes every now…

Read More »How Health Conscious Are You?