Organic Food is Better for You and the Planet

The Green Revolution, named for its productivity gains, really accelerated after World War II. It saw the application of mechanized equipment and inorganic methods to farming. Farm implements, chemical fertilizers, and pesticides are applied to the land and crops to boost yield. Imagine in 1910 that few tractors were used on farms, and by 1950 there were over 3 million. Farm productivity demonstrated great success; in 1900, it took 1 farmer to feed 2.5 people, today 1 farmer can feed 100 people.

Biologist Rachael Carson famously raised issues concerning pesticides, a staple in conventional farming, particularly DDT, in her book Silent Spring written in 1962. DDT destroyed the eggshells of Pelicans, for example, by getting into water imbibed by these birds. This reduced pelican populations to extinction levels. A ban on DDT brought them back in plentiful numbers and stood as a testament to what consumers and advocates can do to protect nature.

However, the industrial approach to farming continues to have negative consequences, including dead soils, pollution of waterways due to fertilizer run-off, killing off bees and other valuable pollinators, and food loaded with toxins left over from chemicals and spraying which may cause long term disease.

The factory model has also had disastrous consequences due to the scale of planting itself—for example, the development of palm oil plantations at the expense of forests. Palm oil is found in almost every household item, even your favorite peanut butter. Indonesia has lost 50% of its forests to palm oil plantations, logging, and other crops. This has resulted in habitat loss, low biodiversity, and less carbon dioxide absorption and oxygen regeneration from trees in the atmosphere.

Certified Organic is Making a Difference

Consumer choices are beginning to change farming for the better.

The United States Department of Agriculture, USDA, certifies a farm as organic. You’ll see this nomenclature featured on every genuinely organic label. Organic certification, first and foremost, indicates a method of farming. No chemical-based fertilizers are used, no pesticides, no genetically modified elements or GMO’s and referring to animals, no antibiotics. Instead, these farms use only approved pest control methods and natural deterrents and methods like crop rotation to improve soil health.

Even with these advances, farmers are sometimes reluctant to employ organic methods because of potential risks to productivity and steep learning curves. It requires different equipment, more labor for weed control and crop rotation, and different storage facilities and transport networks. This helps explain why organic farms account for less than 1 percent of US farmland, or less than 5 million acres in total, but most of the marketplace’s growth. The U.S. is an exporter of conventional corn, wheat, and soy, but an importer of organic corn, wheat, and soy, over $2 billion in imported organic foods annually.

On the other hand, consumers’ healthy choices in the U.S. drive significant growth in organic produce and meat. The organic market in 2012 was $28.4 billion, and by 2020 it had grown to over $50 billion, doubling in eight years. This year it is up 4.6%, compared with 2% for conventional products.

This is changing the manufacturer and branded side of the business as well. For example, General Mills bought Annie’s, a maker of organic pasta and snacks, and has contracted directly with farmers to plant thousands of acres to be farmed organically. This may be the beginning of a change in scale for organic farming that will benefit consumers and make organic farms more attractive.

You will find plenty of organic choices at farmers’ markets, health food stores, subscription services, and chains like Whole Foods and Safeway. A rapidly growing segment is “farm to table,” including services that provide produce boxes featuring only local and in-season options or even “odd” lots of products that are non-GMO and don’t look like the perfect tomatoes we may be used to seeing in our stores. There are also farmers’ markets cropping up in towns and cities across the country and restaurants that grow their own produce and livestock. The silver lining of “farm to table” is that local production also means less carbon footprint.

Following are a few rules of thumb on how to shop for organic foods:

Your choices matter; make them count in-store or online and at the farmers market. There is nothing to lose and everything to gain.

previousYou Truly Are What You Wear
nextDiscovering Essential Oils

The Top 6 Foods To Eat For Healthy Hair

For many people, healthy hair is highly prized. Glossy and full-bodied hair is often a sign of good health and fertility, but if your locks…

Read More »The Top 6 Foods To Eat For Healthy Hair

Why You Should Be Using A Water Flosser

Get ready for healthier teeth and gums with a Water Flosser! Good oral hygiene is essential to keep your smile looking and feeling its best.…

Read More »Why You Should Be Using A Water Flosser 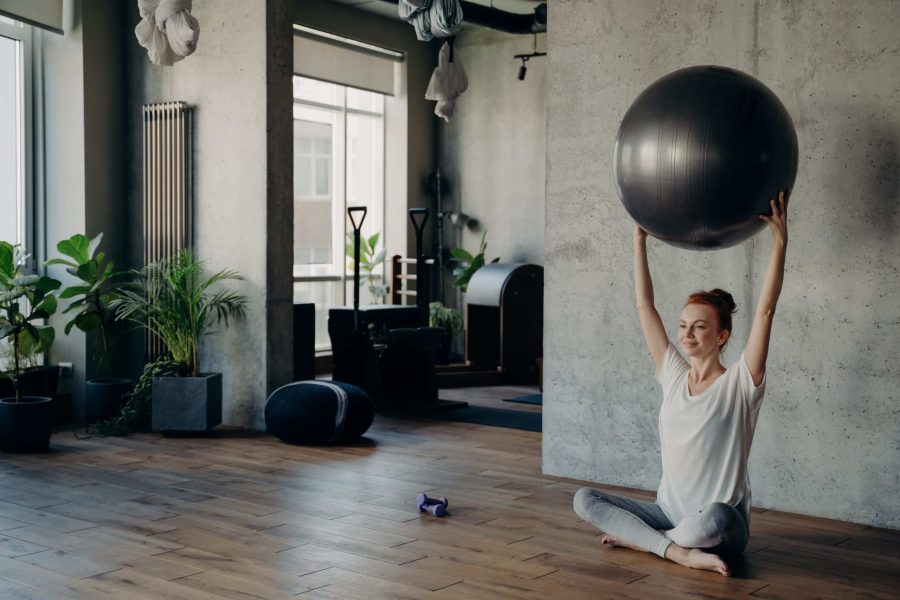 After a quick Google search, you can quickly find that when it comes to exercises, there is an endless number of options out there. From…